Discover what Mediums and Binders Titian Preferred to Use

Mediums and Binders Titian Preferred to Use

Titian didn’t have any secret medium recipe, so it might be very disappointing for those who use legends about secret recipes as a justification for their artistic disabilities. Everything was banal in Titian’s choice of mediums. He used stand oil. That is it. 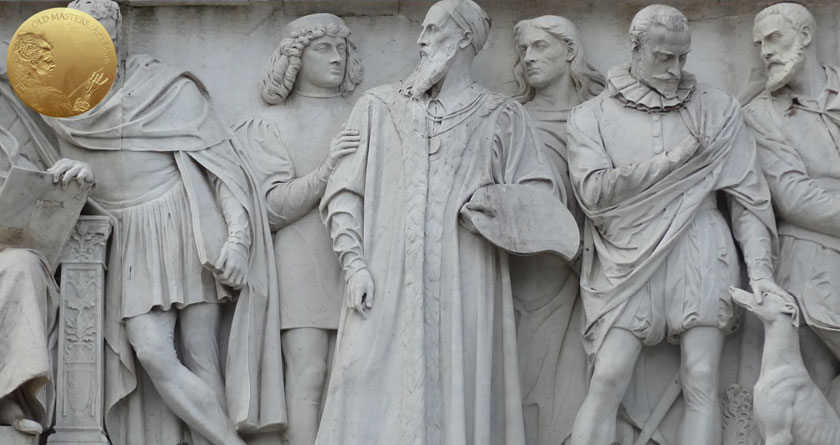 Examination of the paint layer cross-sections reveal that his famous coloristic effects were sometimes achieved by a complex super-positioning of numerous changes, adjustments, and calculated glazing layers of paint; however, this was not accomplished by the means of exotic medium recipes. 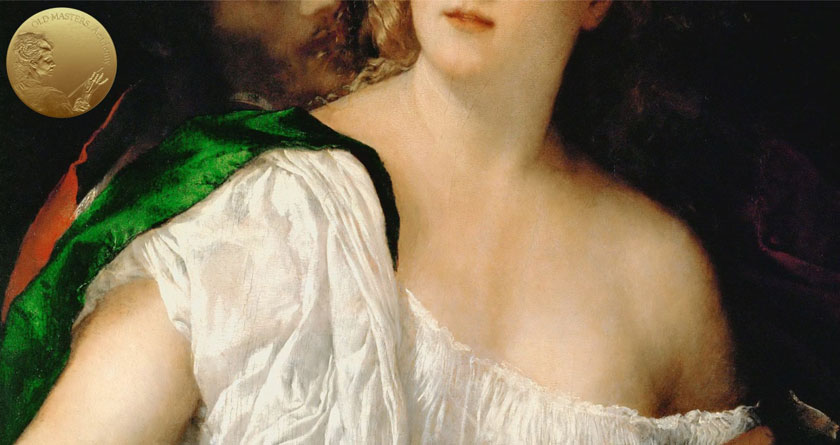 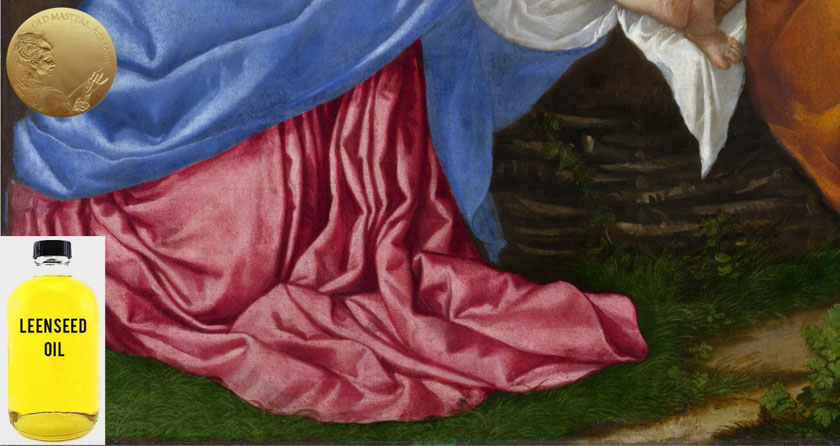 In the 1970s, it was established by a comprehensive analysis, done by the restoration department of the National Gallery, London – that Titian used both linseed and walnut oils in his artworks, both were heat-bodied, at least to some extent; that is, the oil had been heated so that it became thicker and would dry more rapidly. 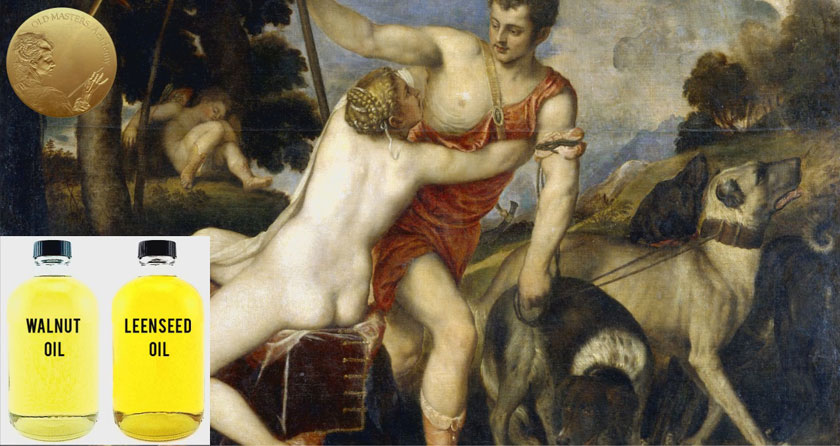 It appears that Titian used the less yellowing walnut oil more often than previous studies might suggest, generally for lighter passages of paint. Some examples include the shepherd’s white breeches in The Holy Family with a Shepherd, and the lighter areas of the architecture in the Portrait of Fracastoro. It also appears to have been used in the white drapery and flesh paint in A Boy with a Bird. More unexpected, perhaps, was that walnut oil was not only used for the light pink underlayer of the dress in Portrait of a Lady, but also for the translucent dark purple paint applied for the final modelling of the folds. Walnut oil is found even in the priming.

An analysis of The Flight into Egypt shows that stand linseed oil was the binding medium in this painting. 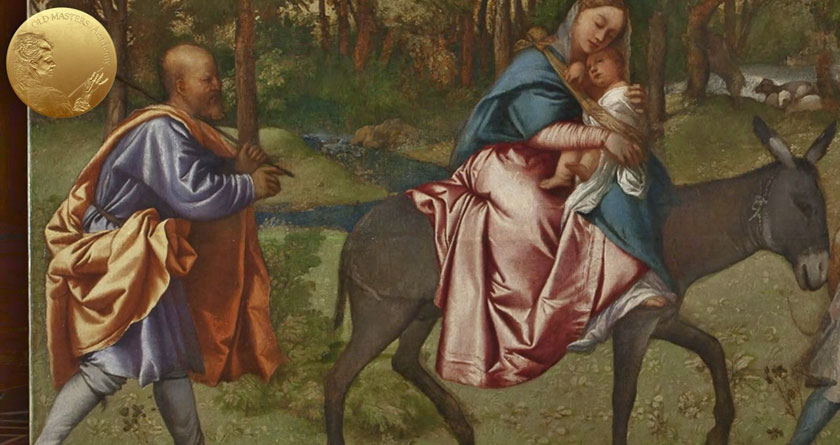 In The Holy Family with a Shepherd, the upper layers of the sky, the Virgin’s blue mantle, her red lake dress, and the green grass were made as glaze layers, using stand linseed oil. The thick, buttery white of the shepherd’s breeches, however, is bound in stand walnut oil, presumably chosen for its paler color.

In the Portrait of a Lady, the medium in some samples were identified as stand linseed oil. 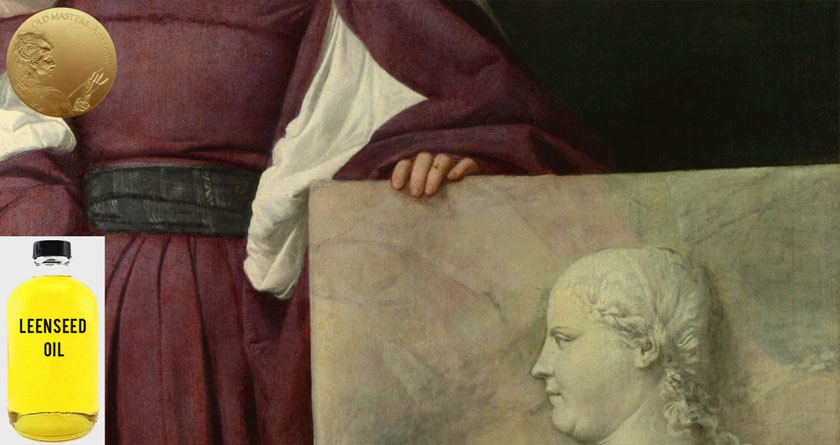 It was confirmed that this medium was used for the grey paint of the parapet and the black paint in the background. The light pink underlayer of the dress, as well as the translucent dark purple glaze on the folds, was done with walnut oil. 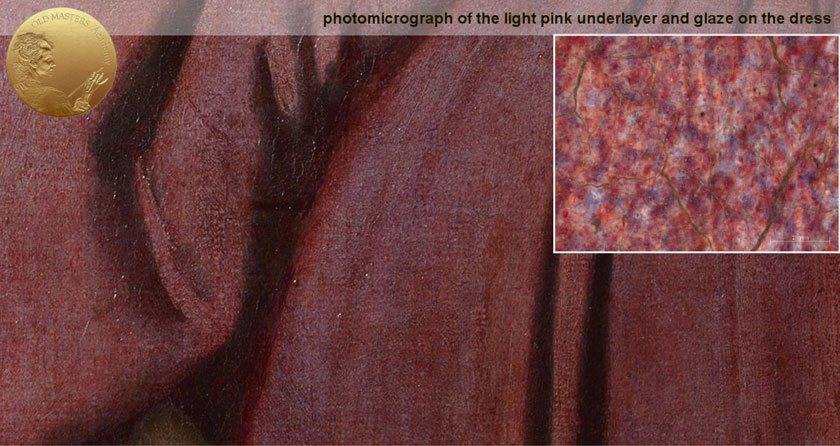 In the Portrait of Girolamo Fracastoro, the medium in samples from the black paint of the costume and the doorway was identified as linseed oil, with some indication that it might have been heat-boiled, at least to some extent. The medium was also analysed in two samples from lighter colored passages – one from the ledge on which the sitter is leaning, and one from the inside edge of the architectural feature at the upper left. The binder was, instead, found to be walnut oil.

A Boy with a Bird – The paint binder was identified as walnut oil in the boy’s white sleeve and flesh. However, stand linseed oil was used in the sky and in the green, brown foliage above the child’s head.