Usually in portrait paintings, Titian depicted his sitters in a neutral, abstract space, surrounded with minimum or no objects. Or in case of official commissioning, objects of high status appeared with the sitters in the painting. 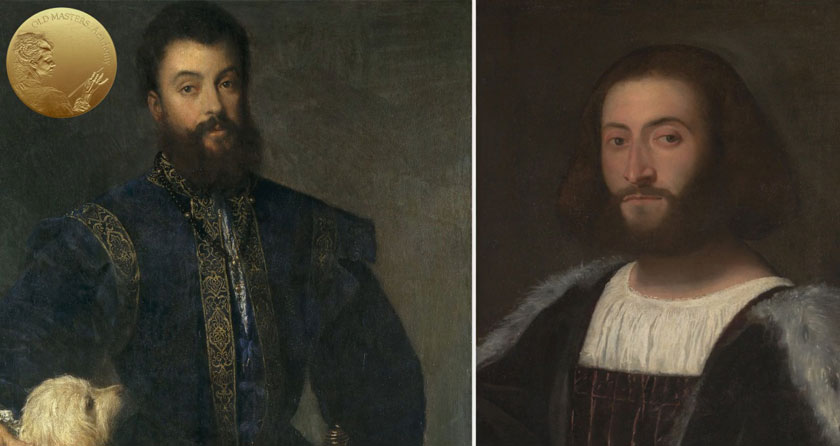 Titian’s mythological and religious compositions were organically enclosed in a landscape.

He took an emotional approach towards his native hills and mountains; such emotion is quite common among many artists. For example, Cima depicted his native landscape quite accurately.

Titian’s landscape was based on the view from his favorite villa in the Italian region, Veneto, about 50 km north of Venice.

He was keen on using the same landscape view in various paintings; like this group of farm buildings on the hill in The Appearance of Christ that were masterly reused in the background of Sacred and Profane Love, but only in a reversed view. The same farm buildings also show up in the Sleeping Venus (Dresden, Gemäldegalerie Alte Meister), with a shape that was modified a bit to better fit the horizontal format of the painting. 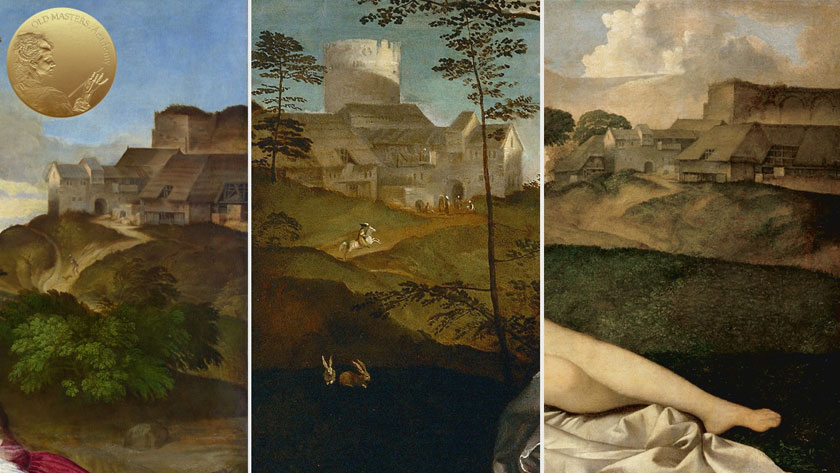 Titian repeated the following pattern when depicting landscapes: He began each painting by setting up the landscape. Usually, Titian painted landscapes around figures and then painted figures and objects that were overlapping those landscapes’ contours. 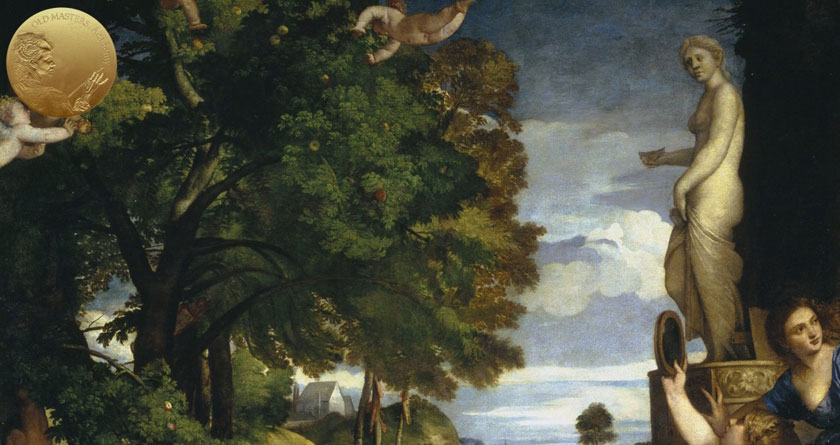 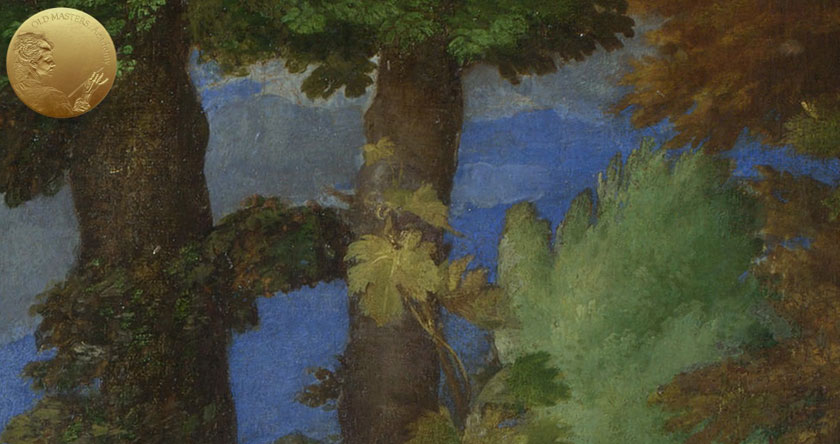 The lowest paint layers of Bacchus’ cloak, just below his right arm – consists of pigments that are very similar to the underpaint of the sky. Titian probably brushed the paint well within the reserve when blocking in the background around the figure.

Painters of central Italy, who were interested in disegno much more than Venetians, differed with the logical depiction of the setting in the composition. Titian, unlike his central Italian contemporaries, was not interested in composing a logical setting of the background of his paintings; he was more interested in the painting’s visual and emotional impact on the observer.

The Pesaro Altarpiece is one brilliant example of his illogical architecture.

We have no clear idea of what those massive columns support, as Titian wasn’t interested in them. The construction of his architectural arrangements is intuitive rather than descriptive, but always impressive. His composition has a dynamic appearance with the focus on the figures, rather than on the architecture and space. Never before was the altarpiece painted so active and forceful.