Discover How to Draw in Sanguine on Toned Paper

The inspiration for this drawing is based on the classical Greek sculpture. Our drawing is a copy of the marble relief. This particular marble relief comes from the collection of Parthenon sculptures relocated to London in 19th century. The Parthenon Marbles, forming a part of the collection of the British Museum known as the Elgin (/ˈɛlɡɪn/) Marbles. These marble sculptures are done many centuries ago mostly by Phidias and his pupils. 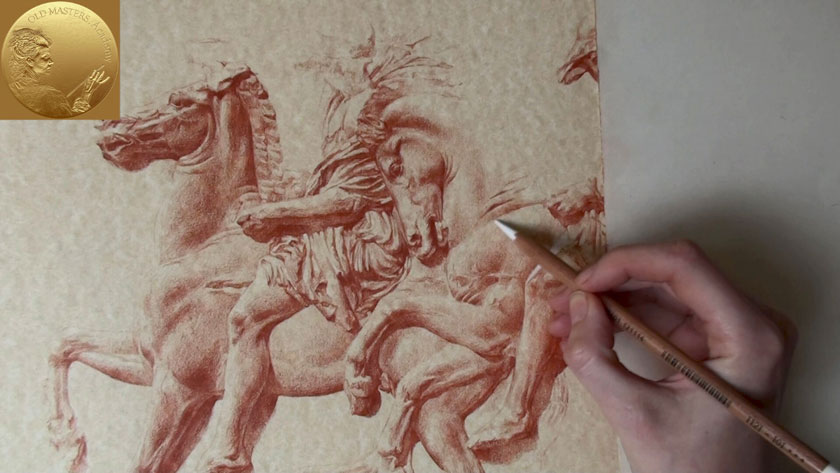 The Parthenon was a temple on the Athenian Acropolis, Greece, dedicated to the Greek goddess Athena, It is the most important surviving building of Classical Greece. Its decorative sculptures are considered some of the high points of Greek art. The Parthenon is regarded as an enduring symbol of Ancient Greece and of Athenian democracy and one of the world’s greatest cultural monuments. 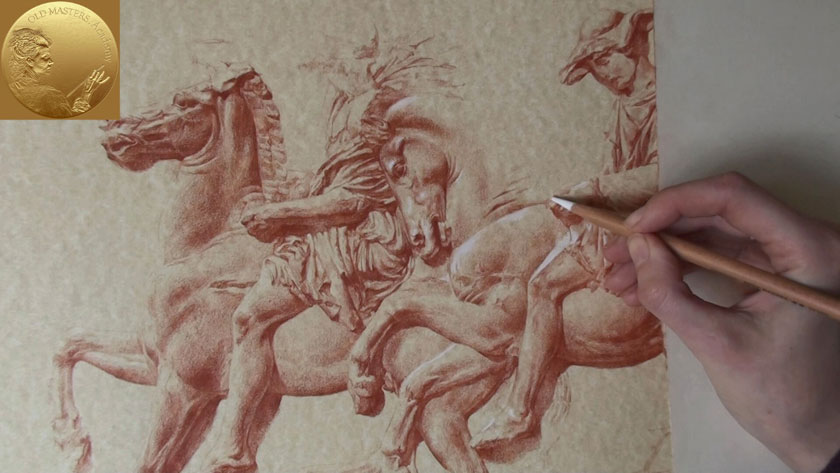 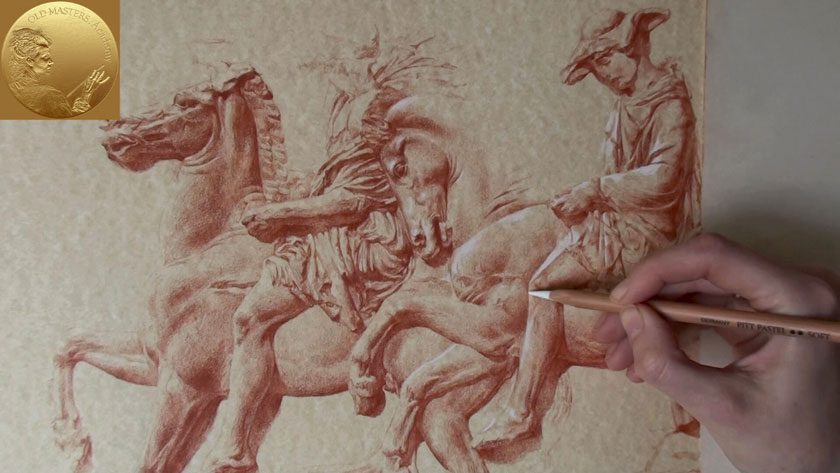 Thomas Bruce, 7th Earl of Elgin, the British ambassador to the Ottoman Empire, had obtained a controversial permit from the Ottoman authorities to remove pieces from the Acropolis.

Elgin’s agents removed about half of the surviving sculptures of the Parthenon. The Marbles were transported by sea to Britain. In Britain, the acquisition of the collection was supported by some, while other critics compared Elgin’s actions to vandalism or looting.

Following a public debate in Parliament and subsequent exoneration of Elgin’s actions, the marbles were purchased by the British government and placed on display in the British Museum, where they stand now. The debate continues as to whether the Marbles should remain in the British Museum or be returned to Athens.