“Dead layer” means painting the design of an artwork in monochrome. It was a very common method used to establish the values of a future painting in light and dark tones. The term “dead layer” probably comes from the absence of colors during that stage. In the 16th century, dead coloring was prescribed – by guild regulations – as the necessary step to high quality painting.

The dead-coloring was not just an intermediary stage between the underdrawing and colors; sometimes, it was an artwork in its own right. The 1632 inventory (listed during his lifetime) of Rembrandt’s Amsterdam teacher, Lastman, features 10 “dead-colored” paintings. None of those paintings survived, as such artworks were often worked-up in color by other artists.

Rembrandt usually began painting with a brown underdrawing, defining the compositional design and main shadows. The degree of details varies from artwork to artwork – sometimes having distinct lines and sometimes broad washes. 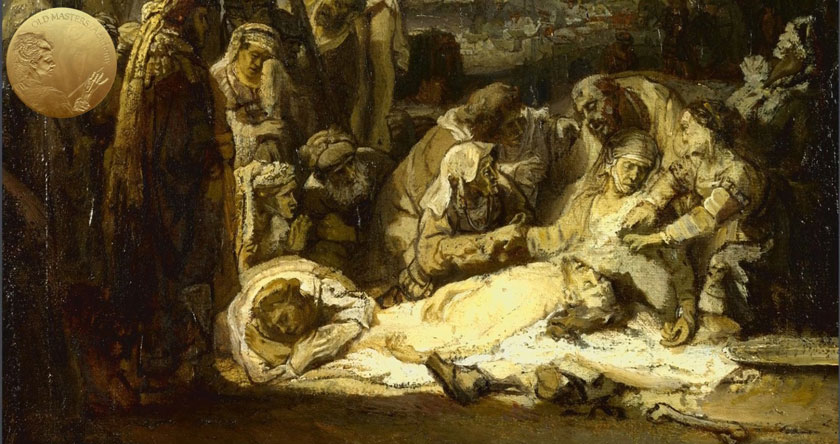 A Woman Bathing in a Stream resembles either a lay-in or sketchy dead-coloring.

Concord of the State – which looks unfinished, but signed by Rembrandt as the completed painting – is mainly a monochrome composition with a full worked-up dead coloring. 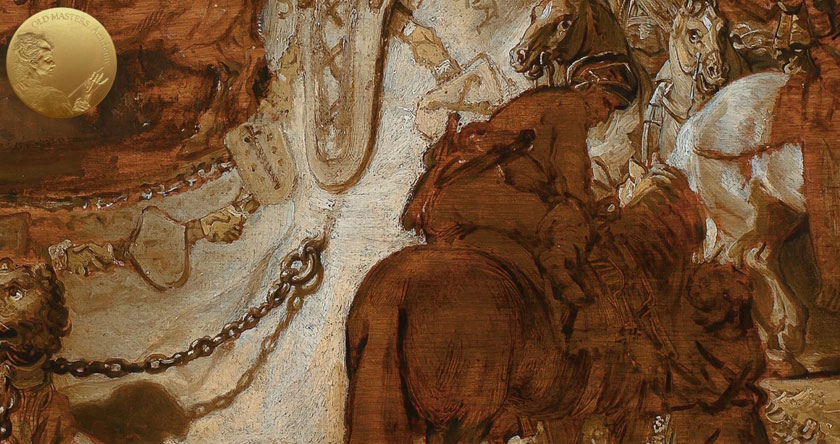 The design was sketched on the panel in brown paint with a pale chalk ground showing through. The painting is left without any upper color layers except the sky painted in thin green-blue and some areas of creamy lead white in the middle of painting.

Ecce Homo, the multi-figured painting on the panel, was also laid out in a similar dead-color manner. 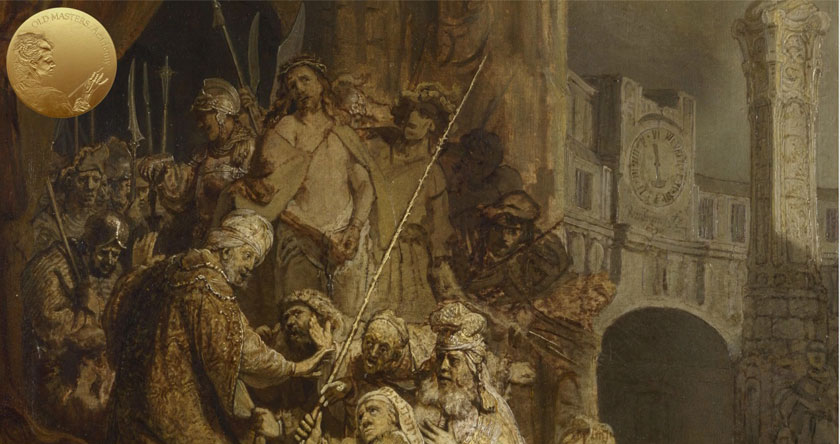 A costume in Man in Oriental Costume was loosely painted and lacks color. It was probably left at the dead-color stage while the head and turban were fully finished.

The term “dead color” often indicates an entirely monochrome layer; in fact, such a layer can contain some dull preliminary coloring. “Dead layer” is also used to describe an underpainting in color, where colors are approximate. 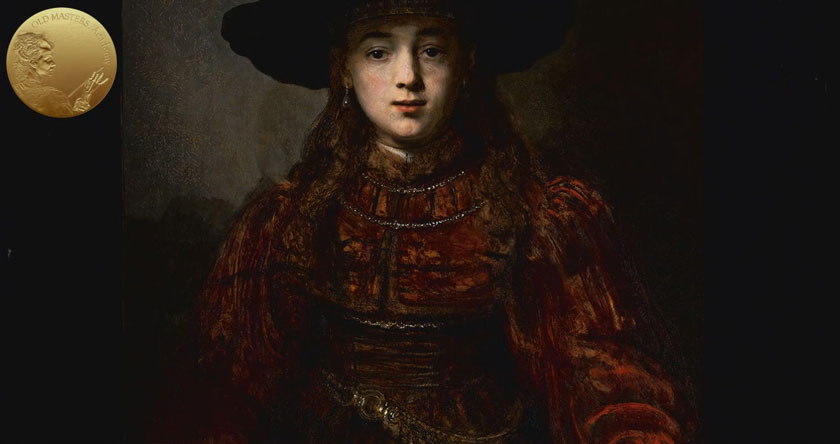 Not much is known about Rembrandt’s underpainting technique in the case of paintings on canvas. This technique was probably close to Rubens’ way of painting, with light highlights used together with darker colors. This can be seen in Night Watch, where a flesh-colored underpainting is found in an incarnate area. 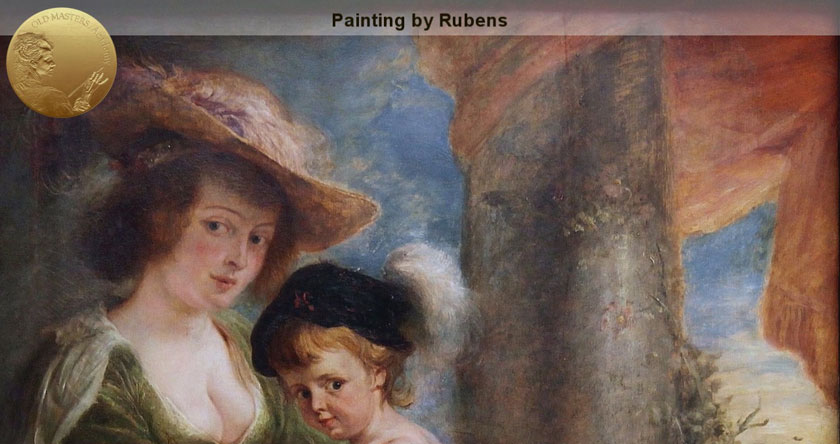