Leonardo da Vinci was born in 1452 in a village in Tuscany. Leonardo was the illegitimate son of Florentine notary and a peasant girl, and was the oldest of twelve siblings.

When he was about fifteen, his father, who had a great deal of repute in the Florentine community, apprenticed him to the artist Andrea del Verrocchio, who had been a student of early Renaissance master Donatello. Florence was a very important artistic centre in Renaissance Italy, attracting many budding artists. Verrocchio was an important artist in the court of the Medici, a powerful family in Florence during the time, who were known for their political involvement and generous patronage of the arts. It is indicative of his father’s influence in Florence that Leonardo was able to begin his apprenticeship in so prestigious a studio. 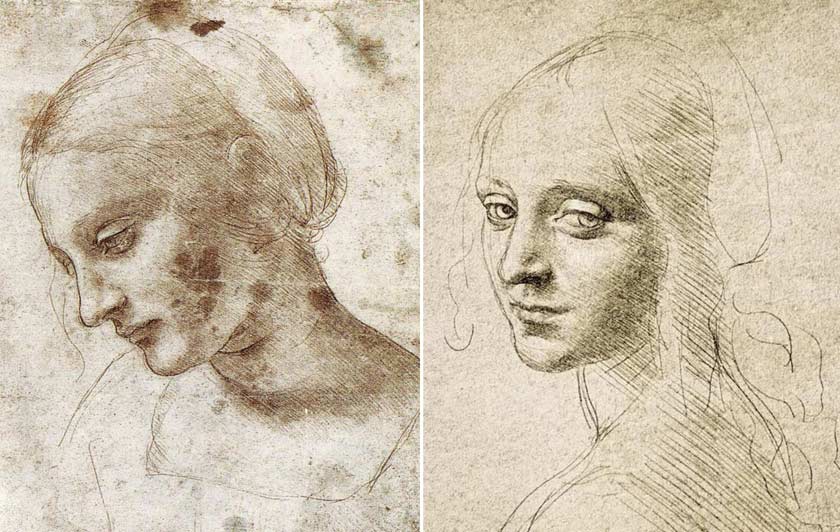 Verocchio was one of the leading artists of late-fifteenth century Florence. He trained as a goldsmith and went on to work as a painter and sculptor. He is mainly celebrated for his sculpture, and Leonardo’s multifaceted training included painting and sculpture, as well as the technical-mechanical arts.

During his apprenticeship, Leonardo also worked in the workshop of artist Antonio Pollaiuolo, a painter and sculptor who is known for his design skills and his work in other media including embroidery, engraving and enamel-work.

In 1472 Leonardo was accepted into the painters’ guild of Florence, however, he remained in his teacher’s workshop for five more years, before working independently in Florence until 1481. Many of his pen and pencil drawings exist from this period, as well as technical sketches, including pumps, military weapons and mechanical apparatus, evidencing his interest in and knowledge of technical matters, even early on in his career.

Some of Leonardo’s artistic concerns originate with Verocchio, such as the twisting pose known as the figura serpentinata and the study of contrasting expressions. 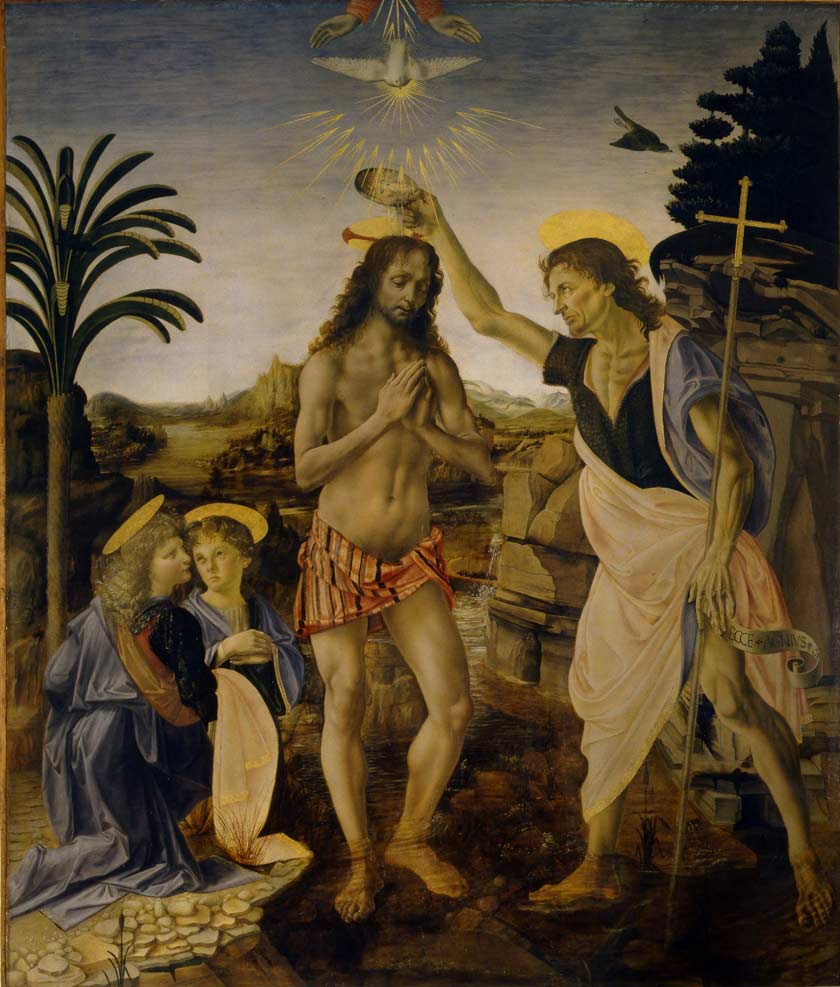 The treatment of the landscape is reminiscent of Leonardo’s works, including The Virgin of the Rocks of circa 1490s. The rock formations are similar, as are the way he has depicted water in the compositions.